Home > Health > 10 Reasons You Should Not Consume Dairy
Health After the birth of a calf, every animal mother naturally gives milk to her own calf and not to another’s calf. Mother’s milk is very essential for newborn babies. They grow extremely fast on mother’s milk. A 30kg baby animal weighs 200/400 kg in 2 years. A human baby becomes an adult at the age of 18. Dairy milk contains that type of proteins which helps in fast growth. We as human beings do not require this extra protein. Each animal gives milk only when it gives birth to a baby. Every mother’s milk is best for her own baby. In the universe, we have never ever seen that baby elephant drinks the milk of a horse or a goat. Even a cow feeds only her own calf and not the calf of another cow. The cow does not even let her calf drink milk after a while and kicks it away when it becomes fit to graze on grass, just as we don’t give our babies mother’s milk when weaning time is reached.

2. Growth Hormones For The Calf

A mother breastfeeds her baby. It is a natural method for the mother-child relationship to become very strong. It is only when a baby gets hungry and tries suckles, that milk starts flowing in the mother’s breast. The mother’s feelings also get involved at the time of feeding milk. What mother eats, what she thinks, what she feels, and whether she taken any harmful medicines–We need to know all these facts as they directly affect the baby’s health. If a mother is passing through any psychological trauma, she doesn’t get milk. Breastfeeding is a very sensitive process. When we drink the milk of an animal, it affects us in every way. The milk has not been meant for us, it has been taken away from the animal. The negative feeling of its mind is also mixed up in the milk. It also contains physical impurities such as antibiotics, pesticides and hormones. It contains high protein which we do not require. Dairy milk contains lots of urea, harmful bacteria and pus. All this goes into our bodies when we drink milk.

The lactase enzyme for digesting milk is also absent or deficient in the body after a certain age. This prevents digestion of milk. Many people get gastric problems or diarrhea or allergies from drinking milk.

Diseases like diabetes, obesity and blood pressure are caused by the protein and fat content in dairy milk. Diabetes is affected by a hormone called IGF 1.

Dairy milk contains almost 59 hormones which create imbalance in our body. Nowadays girls get PCOD disease in which menstruation does not come properly. The number of fertility clinics has also increased. Women pass through many problems at the time of menopause and take hormone pills. Tumors in the uterus have also become very common. Thyroid diseases have also increased.

Cow’s milk contains 15% protein while human milk contains 5-7% protein. This causes very fast growth and excess weight in a very short time, which is more suitable for animal babies, not for humans. Dairy milk is one of the main reasons why obesity is a problem in almost every home. The kidney also becomes overburdened with high protein. Breast cancer and prostate cancer have also been linked to milk.

Dr McDougal in his exclusive feature in ‘What About My Calcium’ (COH Publication 2018), stated the findings (American Journal of Clinical Nutrition) across studies showed subjects who received the extra milk (three 8 ounce glasses of skimmed milk daily) for a year lost more bone than those who didn’t drink the extra milk. The authors, Recker and Heaney, wrote, “The protein content of the milk supplement may have a negative effect on calcium balance, possibly through an increase in kidney losses of calcium or through a direct effect on bone resorption…this may have been due to the average 30 percent increase in protein intake during milk supplementation.” Because of research like this, largely funded through their own generosity, the people running the dairy industry know milk does not build strong bones and that the protein in the milk actually damages the bones.
Nowadays arthritis is a very common disease. Knee joint pain and its surgery are also very prevalent.

According to PCRM.org, milk and other dairy products are the top source of saturated fat and contribute to heart disease. The consumption of cholesterol lowering pills also starts at an early age. In this case, eliminating milk from one’s diet can be of immediate benefit.

Cow’s milk is the leading cause of allergic reactions in young children and one of the foods responsible for 90 percent of childhood allergies. Other respiratory diseases and allergies are also caused by milk. 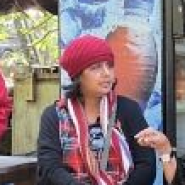 10 lessons From A Vegan Marathoner